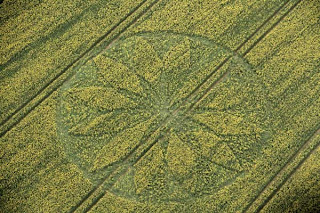 Crop Circles: Some Pre-Season Thoughts for 2012

The 2012 crop circle season in England is almost upon us, what will it bring in this much-anticipated year? I’ve learnt over the years that its foolish to try and predict what will happen but this is a good time to reflect upon some of the lessons the circles have taught us to date.

One function of the crop circles is to remind us of ancient wisdom. Their locations close by ancient sacred sites alerts us to this fact. If you visit crop circles or sacred sites over time, as I have done since 1992, you will be shown elements of this wisdom. It would take a whole book to explore all of them (it’s in the pipeline!) but I will briefly mention some of the points that keep being repeated by the Circlemakers.

Pay attention to the Avebury landscape 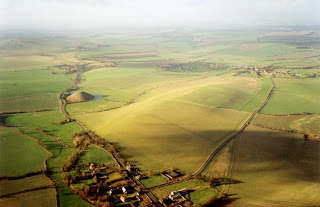 It’s impossible to study crop circles without reference to Avebury and vice versa. Once again, in 2010 the overwhelming majority of circles occurred close to Avebury. Of the 73 formations in England three quarters were within a 6 mile radius of Avebury and 90% were within a 12 mile radius. Avebury was the centre of Neolithic Britain and it sits (not quite) halfway along the famous St Michael leyline. The chalkland in which Avebury nestles is underlain by the largest aquifer in Britain which is potentized by the powerful Michael and Mary earth energy currents. Silbury Hill and Merlin’s Mound were both built in the flood plain of the river Kennet, sacred springs abound in the area and the ditch at Avebury was designed to hold water. In fact every sacred site in the world is situated on top of underground water. So we can see that we are being told to: 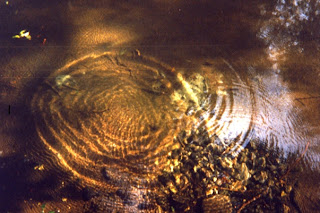 Neither crop circles nor sacred sites would exist without the presence of underground water. Research I did in the 1990’s showed that 94.6% of all crop circles occurred above underground water. Recent work by Dr Masaru Emoto in Japan has shown what homeopathy has always said – that water has a memory. We all know that crystals have memory; silicon chips mean that our computers and technological gadgets are basically crystal powered. The Avebury landscape is littered with quartz. I suggest that if quartz can be likened to computers then water can be likened to the internet – it has memory and it also has fluidity, which is communication. Our world needs to wake up to the importance of water and start treating it as the treasure that it truly is.

‘Off to one side’

- is another lesson that can be seen in all genuine formations. The centre point of individual circles in crop formations is never the exact geometric centre, it’s always a little off to one side. I first noticed this over ten years ago and I always check it out in any new formations I visit. The central flattened circles of Tawsmead Copse and Knoll Down formations in 2010 are clear examples of this.

Likewise the energetic upwelling within stone circles, including Stonehenge and Avebury, is not at the geometric centre. The same applies to cathedrals, underground chambers and even pyramids; this appears to be an underlying principle of the universe. 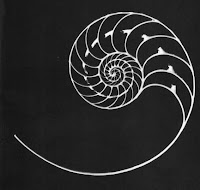 - is geometric pattern and form that naturally occurs as a result of the interplay of underlying energies in the universe. This can be seen throughout nature as repeated beautiful forms such as the nautilus shell that spirals according to the Golden Section. Our mathematics was developed as a way of codifying and explaining what was observed in the world of form. It’s significant that crop circles speak to us through the language of geometry, a language that is understood across all races and cultures. Mathematical problems that have puzzled academics for thousands of years have been elegantly solved by certain crop circles and others draw our attention back to the workings of the natural world. Our friend, author and long-time crop circle researcher Michael Glickman has likened crop circles to educational toys scattered on a kindergarten floor; as the children it’s up to us what we make of them!

‘We are powerful co-creators’

- is one of the most important lessons the Circlemakers are showing us. Several times since 1997 we have led a group meditation putting out a request to the Circlemakers to create a crop circle. This almost always leads to a new circle appearing the next day that has features we can identify as being in answer to our request. The first time this happened was with a group of nineteen people, five of whom chose not to take part in the attempted ‘communication’ meditation – remember these numbers. The participants stood in a crop circle in South Field at Alton Barnes and looked across to East Field for about ten minutes. We wanted this to be a genuine attempt to open a ‘conversation’ with the ‘Circlemakers’, so we asked for a formation that would have something to teach us.

The next morning at 9am we headed straight to East Field and there was a crop circle exactly where we had been focusing our attention to. The lay was the most beautiful of any I have experienced in nearly twenty years, flowing elegantly as if lain down by flowing water and it felt very energetic. It was impossible to make out the pattern from the ground so we flew over it in a small helicopter. At first sight I was disappointed as the pattern was incomplete and some of the circular lines weren’t perfect. However, looking at the aerial photograph later I was awestruck – it was a flower of life pattern, that usually consists of nineteen overlapping circles, this one had five circles missing! And I believe the imperfection of the circular lines was telling us – “You weren’t perfect in your communication, but try again”, which we have done repeatedly with similar results. 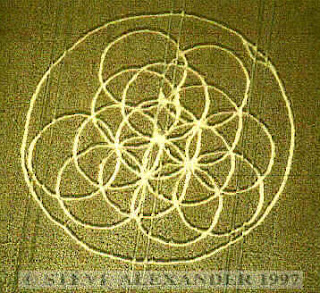 The implications are immense – the ‘Circlemakers’ can read our minds, or at least pick up psychic messages we send, they are benevolent and we believe we’re being told to realize that we are powerful beings and co-creators of our reality, a realization that can change the world. As nearly all crop circles occur overnight maybe we are involved in co-creating them in our dreamtime!

Maybe 2012 is the end times for our outmoded way of perceiving ourselves and a doorway to a brave new world. All we have to do is to wake up to who we really are.

Posted by Glenn Broughton at 8:55 PM