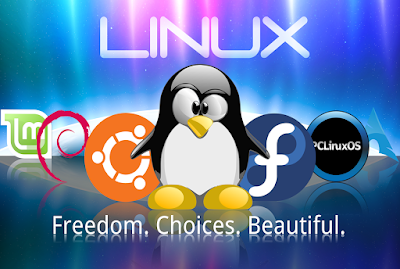 Commands are just like an instructions given to a system to do something and display an output for that instruction. So if you don't know how to gave an order to a system to do a task then how it can do while you don't know how to deal with. So commands are really important for Linux users. If you don't have any idea about commands of Linux and definitely you also don't know about the Linux terminal. You cannot explore Linux deeply. Because terminal is the brain of the Linux and you can do everything by using Linux terminal in any Linux distribution. So, if you wanna work over the Linux distro then you should know about the commands as well.
In this blog you will get a content about commands of Linux which are collectively related to the system. That means if you wanna know any kind of information about the system like operating system, kernel release information, reboot history, system host name, ip address of the host, current date and time and many more.

If you know about the command but you don't have any idea to use it. In this way you just type the command, then space and then type -h or --help or ? to get all the usage information about that particular command like "uname" this command is used for displaying the Linux system information. You don't know how to use it. Just type the command with help parameter like: uname -h or uname --help etc.

The "uname" is a Linux terminal command responsible of displaying the information about Linux system. This command has different parameter to display a particular part of information like kernel release (uname -r) or all the information displayed by typing only one command (uname -a).

This command is used to show how long the system has been running and how much load on it at current state of the CPU. This command is very useful when you system slows down or hang etc and you can easily get the info about the load on the CPU with the help of this command.

The "hostname" is the the command in Linux having different parameters to display the information bout the current host which is running the kernel at that time. If you wanna know about the parameters of hostname command then you just type hostname --help or hostname -h to get all the info about the command and the usage of the command.

The "date" is the command used in Linux operating system to show the date of the day along with the current time of the day.

The "cal" command in Linux used to display the calendar which has the current date highlighted with a square box along with a current month dates and days just like a real calendar.

The "w" is the command used in Linux distro for the sake of getting the information about current user. If you type this command it will display who is online at the time.

The "finger user" is the command used in Linux distribution to display the information about user which is online currently over that Linux system.

Posted by Glenn Broughton at 12:11 AM