I'm sure nowadays many Deepin users are thinking in changing to UbuntuDDE, so let's explain some differences between both Linux distros.

At least in the main telegram channel Deepin has more than 2.000 users, but UbuntuDDE is new in beta version and have about 500 users.

Despite de booting sound is the same in both distros, Deepin's animation is nicer than ubuntu's which uses a too bright background.

The CPU usage is similar, but Deepin by default is using more processes, more network connections and more drivers than UbuntuDDE.

UbuntuDDE allows up to 7 workspaces meanwhile Deepin right now only allows 4.
Is not only more workspaces for UbuntuDDE, it's also the more eficient way to display them.

Deepin is based on Debian so the program versions on store and apt are old but stable, and can have problems with the old libraries installed on the system when compiling new software.

We can see below that Ubuntu's compiler version is quite new, the 9.3.0 which is quite well, but Deepin's version is 6.3.0.

Deepin's store is fast and polished and contain the main software, but and the UbuntuDDE

Deepin is the most used of both and it's the original one, but many users are trying the UbuntuDDE (which is beta for now) because the need of using recent versions, also the 4 workspaces on Deepin is another limitation for some Linux users. Probably Deepin v20 will overcome the limitations but the main decision is between Debian as base system or ubuntu, and for more users the trend in workstations is ubuntu. 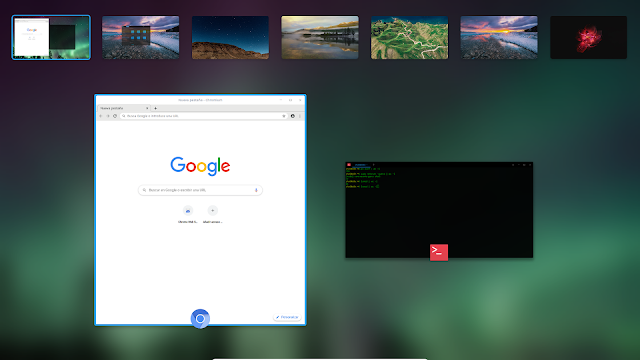 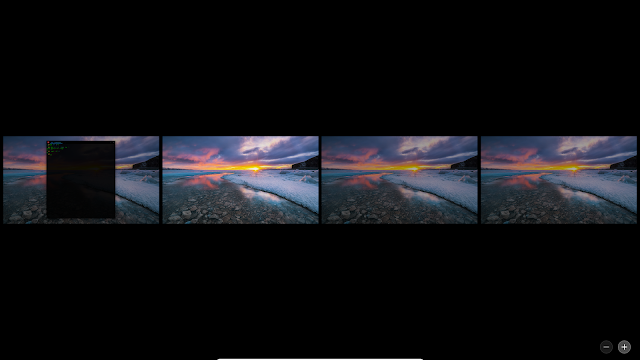 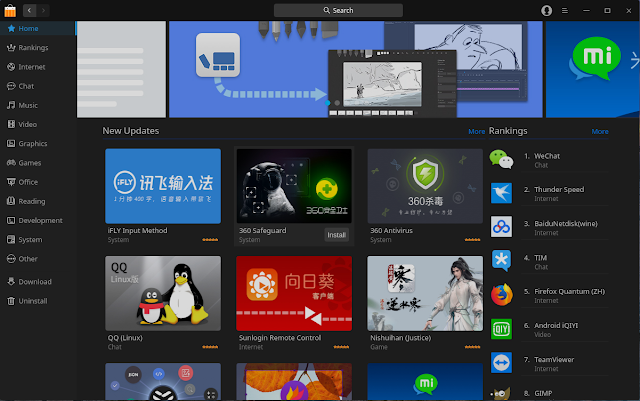 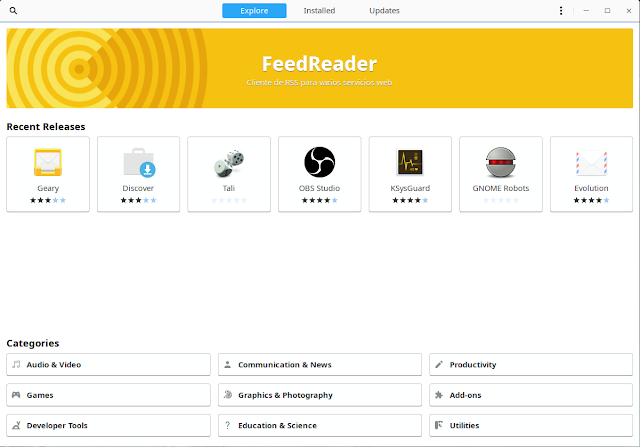 Posted by Glenn Broughton at 11:33 AM