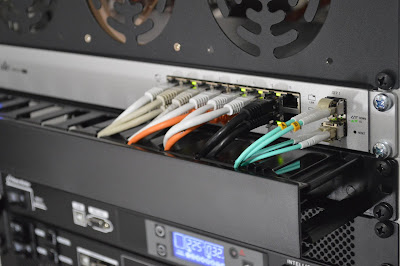 It is important that the information-gathering stage be as complete as possible to identify the best location and targets to scan. After the completion of  footprinting and information gathering methodologies, scanning is performed.
During scanning, the hacker has vision to get information about network an hosts which are connected to that network that can help hackers to determine which type of exploit to use in hacking a system precisely. Information such as an IP addresses, operating system, services, and installed applications.

Port scanning is the process of identifying open and available TCP/IP ports on a system. Port-scanning tools enable a hacker to learn about the services available on a given system. Each service or application on a machine is associated with a well-known port number. Port Numbers are divided into three ranges:

Network scanning is performed for the detection of active hosts on a network either you wanna attack them or as a network administrator. Network-scanning tools attempt to identify all the live or responding hosts on the network and their corresponding IP addresses. Hosts are identified by their individual IP addresses.

This methodology is used to detect vulnerabilities of computer systems on a network. A vulnerability scanner typically identifies the operating system and version number, including applications that are installed. After that the scanner will try to detect vulnerabilities and weakness in the operating system. During the later attack phase, a hacker can exploit those weaknesses in order to gain access to the system. Moreover, the vulnerability scanner can be detected as well, because the scanner must interact over the network with target machine.

As a CEH, you should understand the methodology about scanning presented in the figure below. Because this is the actual need of hackers to perform further attacks after the information about network and hosts which are connected to the network. It detects the vulnerabilities in the system bu which hackers can be accessible to that system by exploitation of that vulnerabilities.

Posted by Glenn Broughton at 11:17 AM