Why vlang? V is a featured, productive, safe and confortable language highly compatible with c, that generates neat binaries with c-speed, the decompilation also seems quite clear as c code.
https://vlang.io/

After open the binary with radare in debug mode "-d" we proceed to do the binary recursive analysis with "aaaa" the more a's the more deep analys. 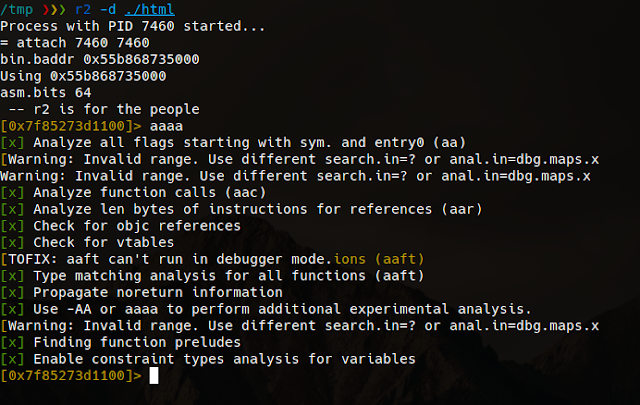 The function names are modified when the binary is crafted, if we have a function named hello in a module named main we will have the symbol main__hello, but we can locate them quicly thanks to radare's grep done with "~" token in this case applied to the "afl" command which lists all the symbols.

Being in debug mode we can use "d*" commands, for example "db" for breakpointing the function and then "dc" to start or continue execution.

Let's dissasemble the function with "pD" command, it also displays the function variables and arguments as well, note also the xref "call xref from main" 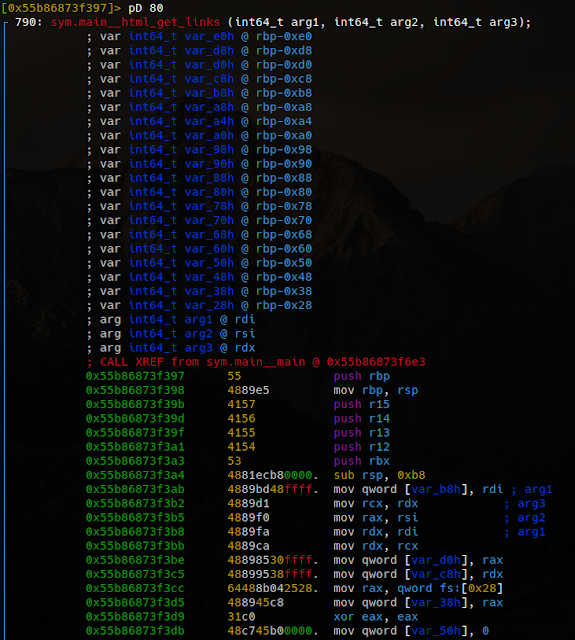 Let's take a look to the function arguments, radare detect's this three 64bits registers used on the function.

Actually the function parameter is rsi that contains a testing html to test the href extraction algorithm.

The string structure is quite simple and it's plenty of implemented methods.

With F8 we can step over the code as we were in ollydbg on linux. 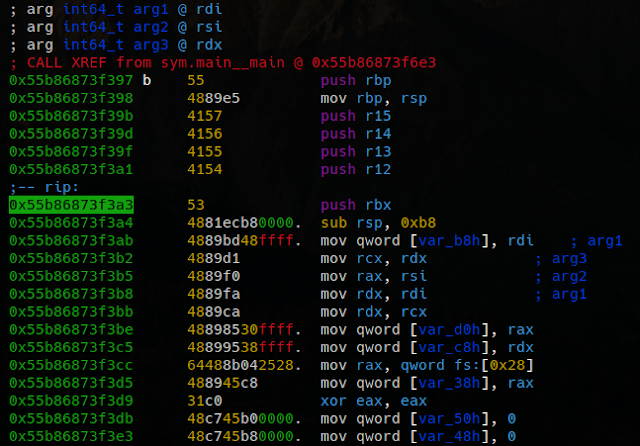 Note the rip marker sliding into the code. 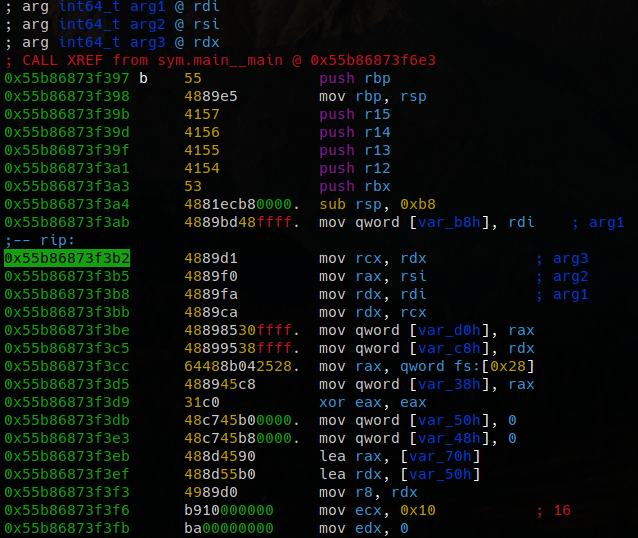 We can recognize the aray creations, and the s.index_after() function used to find substrings since a specific position. 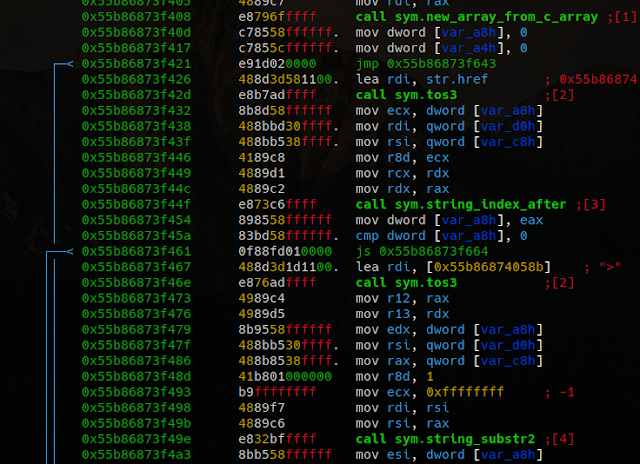 If we take a look de dissasembly we sill see quite a few calls to tos3() functions.
Those functions are involved in string initialization, and implements safety checks.


In this case I have a crash in my V code and I want to know what is crashing, just continue the execution with "dc" and see what poits the rip register.

In visual mode "V" we can see previous instructions to figure out the arguments and state.

We've located the crash on the substring operation which is something like "s2 := s1[a..b]" probably one of the arguments of the substring is out of bounds but luckily the V language has safety checks and is a controlled termination:

Switching the basic block view "space" we can see the execution flow, in this case we know the loops and branches because we have the code but this view also we can see the tos3 parameter "href=" which is useful to locate the position on the code. 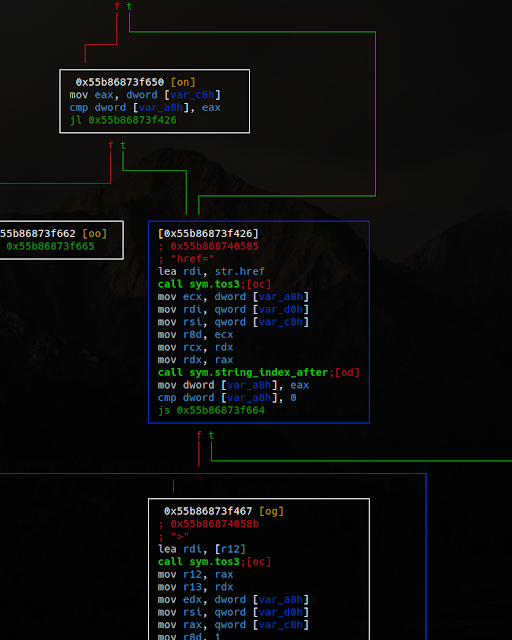 When it reach the substr, we can see the parameters with "tab" command.

Looking the implementation the radare parameter calculation is quite exact.

so the indexes are from 0x0e to 0x24 which are inside the buffer, lets continue to next iteration,
if we set a breakpoint and check every iteration, on latest iteration before the crash we have the values 0x2c to 0x70 with overflows the buffer and produces a controlled termination of the v compiled process. 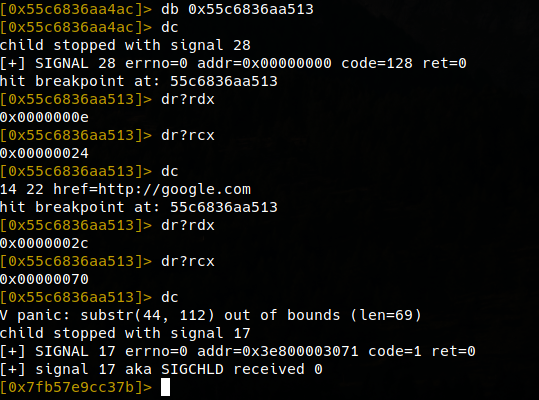 Posted by Glenn Broughton at 1:29 PM