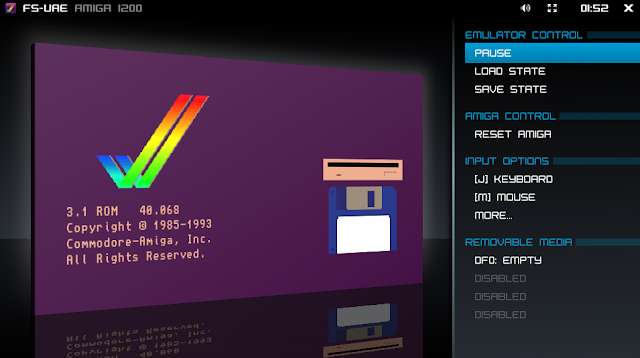 FS-UAE is one of the newest Commodore Amiga emulators on the scene, and perhaps the only true multiplatform emulation project for the system still in development. It has had astounding progress since it was originally released in 2011, and last week it announced the release of version 3.0.

The changes in the newest release are many and varied, so feel free to check the full changelog available here. FS-UAE has garnered a very good reputation for being a quality emulator focusing on ease of use and multiplatform support. The developer also maintains the OpenRetro Database, where users can submit information and configuration files to help running the games easier.


The Amiga is one of the home computers originally developed by Commodore back in the 1980s. During its heyday it was considered to be a revolutionary platform, notorious for its user friendliness and the quality of its sound chipset. Its game library, although found to be meager by some nowadays, has maintained a solid fanbase over the years. Games like The Secret of Monkey Island, Sensible Soccer, and Lemmings, were all originally developed on the Amiga, and many other titles for the platform have ever since attained cult status among gaming communities.

All the code for FS-UAE is, of course, Free Software, and its main repository can be found on Github here.

Posted by Glenn Broughton at 10:08 PM